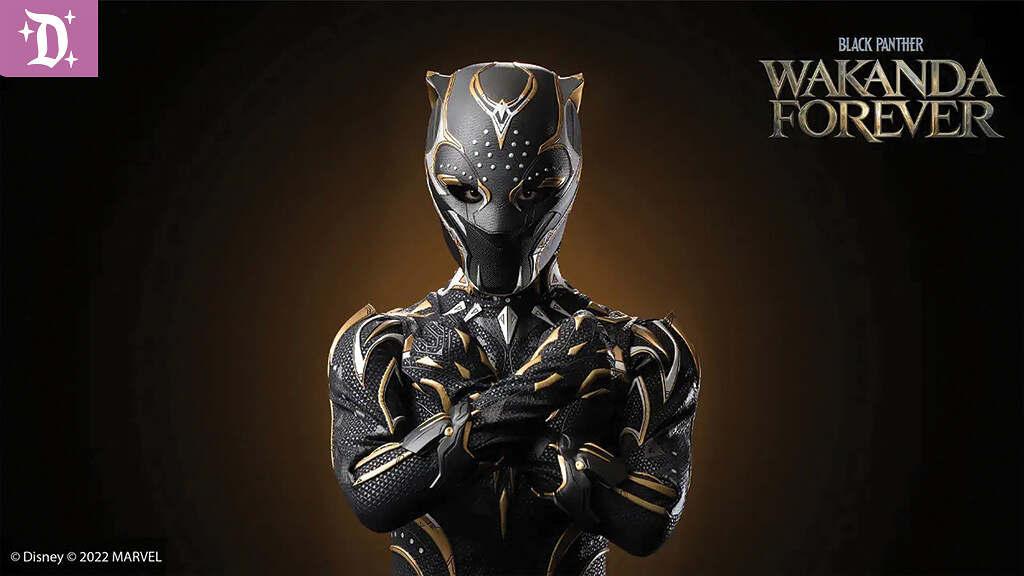 Now playing in cinemas around the world, “Black Panther: Wakanda Forever” continues the legendary story of Wakanda as Queen Ramonda, Shuri, M’Baku, Okoye and the Dora Milaje fight to protect their nation from intervening world powers following the wake of King T’Challa’s death. Experience the film yourself to see how our heroes embrace their next chapter and forge  a new path for the kingdom of Wakanda.

In celebration of the return to Wakanda, let’s explore some of the ways guests can commemorate the newest film in the history-making “Black Panther” franchise!

At Avengers Campus, meet M’Baku, chieftain of the Jabari Clan, and also witness the next warrior to take on the role of Black Panther.

In Hollywood Land at Disney California Adventure park, guests can enjoy dishes inspired by African cuisine and drink offerings at the new Flavors of Wakanda marketplace. If they’re heading to the Downtown Disney District, make sure they strike a heroic pose in front of a special mural created by artist Nikkolas Smith, who previously created the art installation “King Chad.” And with MagicBand+ now at the Disneyland Resort, guests can show off their style with this limited release “Black Panther: Wakanda Forever” themed MagicBand+.