The story of TRON Lightcycle 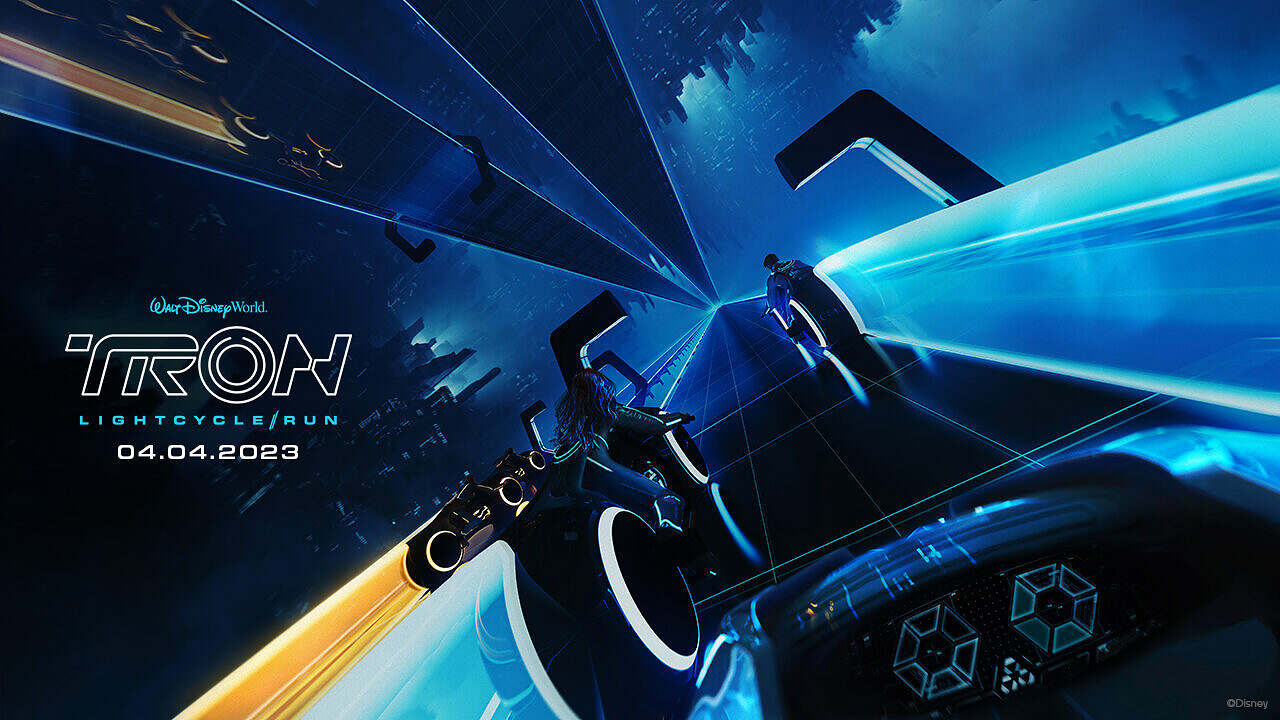 🐕‍🦺 SHARE THE MAGIC
Magic Kingdom Park!
The story of TRON Lightcycle / Run picks up after “TRON: Legacy” where Kevin’s son, Sam Flynn, has opened a second gateway into a digital world called the Grid. The first portal was built at Shanghai Disneyland with the original TRON Lightcycle Power Run.
When Guests enter the queue at Magic Kingdom Park, they’ll feel as if they’ve been digitized and transported to the Grid for a special Lightcycle race. It’s their Team Blue against the Grid’s menacing Programs, Team Orange. Their goal is to be the first to race through eight Energy Gates and secure victory. The attraction will be one of the fastest coasters at any Disney theme park in the world.

Fall Into Magical Savings! Save Up to 30% on Select Rooms for Stays of 5 or More Nights
New Details Announced for the First-Ever Disneyland After Dark: Grad Nite Reunion Event
Adventures by Disney Announces Disney Parks Around the World, A Private Jet Adventure
Disney Cruise Line Heads Back to Alaska, Europe, the Bahamas and Caribbean in Summer 2023
Storybook Suite in the Sky: Disney Cruise Line Dreams Up First-Of-Its-Kind Funnel Suite Aboard Disne...
🐕‍🦺 SHARE THE MAGIC