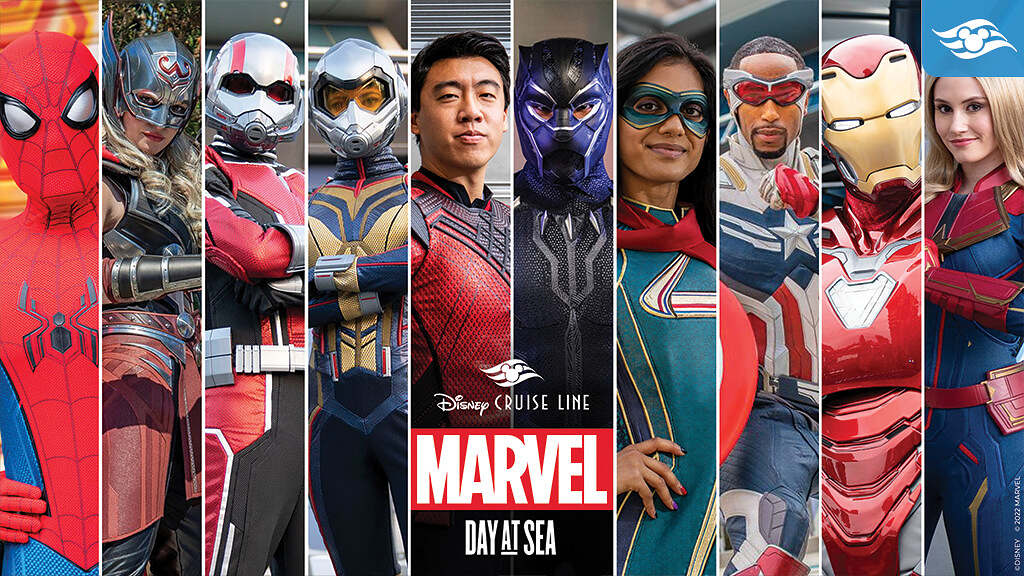 Whether our guests are a lifelong fan or newcomer to the Marvel Universe, they’ll be sure to embark on an epic vacation when fan-favorite Super Heroes and Villains assemble in all-new ways aboard Marvel Day at Sea sailings in early 2023.

Setting sail January through March from Miami, Marvel Day at Sea combines the thrills of renowned Marvel comics, films and animated series with the excitement of a Disney cruise.

During this one action-packed day aboard the Disney Dream, guests will get to experience all-day entertainment including meet-and-greets, stage shows, film and TV screenings, special merchandise, themed food and beverage offerings, and activities for every member of the family.

For the first time ever, more than 30 Marvel Super Heroes and Villains will be featured in new heroic encounters andlive entertainment throughout the event:

Returning to Marvel Day at Sea, families are invited to suit up as their favorite Marvel Super Hero or Villain for an exciting costume bash; join favorite Disney friends for a high-energy party on the upper decks during Mickey and Minnie’s Super Hero Celebration; dance the night away with Star-Lord and Gamora at the adult-exclusive Ravagers Dance Party; and more.

Guests can experience this epic day at sea on the following Disney Dream itineraries in 2023:

Savings For stays most nights December 11 to December 25, 2022
Disney Cruise Line Returns to the 96th Annual Macy’s Thanksgiving Day Parade
Disney Cruise Line Heads Back to Alaska, Europe, the Bahamas and Caribbean in Summer 2023
Disney Visa Cardmembers Can Save Up to 35% on Select Rooms at Aulani, A Disney Resort & Spa
Adventures by Disney Announces Disney Parks Around the World, A Private Jet Adventure
🐕‍🦺 SHARE THE MAGIC