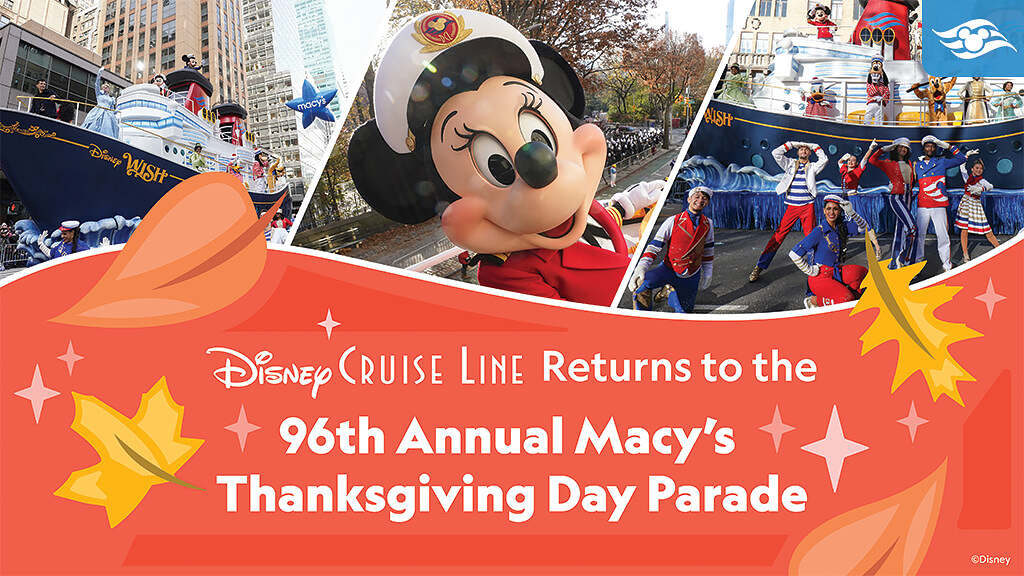 One of the greatest ways for families to kick off the holiday season is by watching the iconic Macy’s Thanksgiving Day Parade together.

Disney Cruise Line debuted an all-new cruise ship float during the turkey day tradition last year, and we are thrilled to share that the same stunning vessel will be returning to the parade later this month! This year, our majestic “ship” – inspired by the fantastical style of the Disney Wish – will float through the streets of New York once again, accompanied by an all-new performance in Herald Square.

This year’s live parade performance will be inspired by one of the new Broadway-style shows on board the Disney Wish, “Disney Seas the Adventure.” Minnie Mouse, Mickey Mouse and Goofy will lead an incredible cast of performers and Disney characters in this show-stopping number, which has quickly become a guest favorite aboard our newest ship.

Be sure to tune in to the Macy’s Thanksgiving Day Parade on NBC-TV on Nov. 24 from 9 a.m. to noon in all time zones.